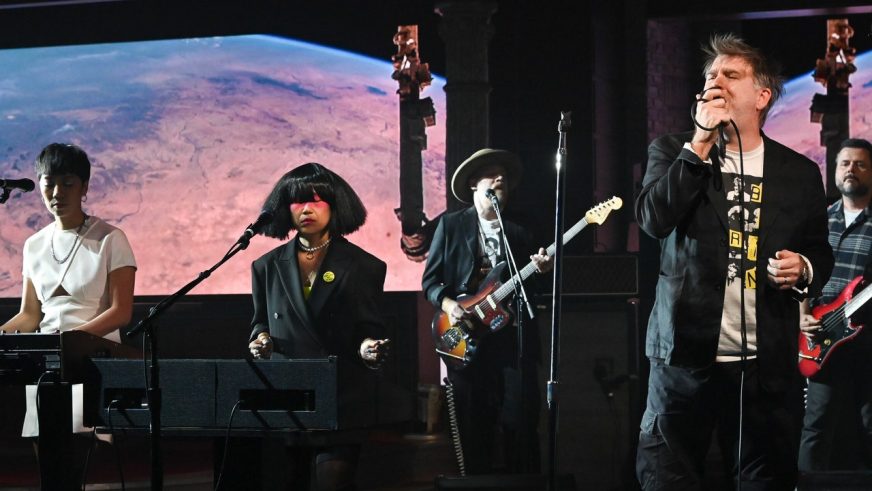 The sound system stops at the LCD The Late Show with Stephen Colbert to perform their new song “New Body Rumba”, recorded in the Noah Baumbach film adaptation of the Don DeLillo novel white noise. Check it out below.

“New Body Rumba” is the band’s first track in five years. The band kicks off a 20-date residency at Brooklyn Steel in New York City on Friday (November 18). They have already held residencies this year in London, Boston and Philadelphia. white noise It premieres in Venice in November and hits Netflix December 30 after a limited theatrical run.

Read about LCD Soundsystem in Pitchfork’s review Meet me in the bathroom documentary.