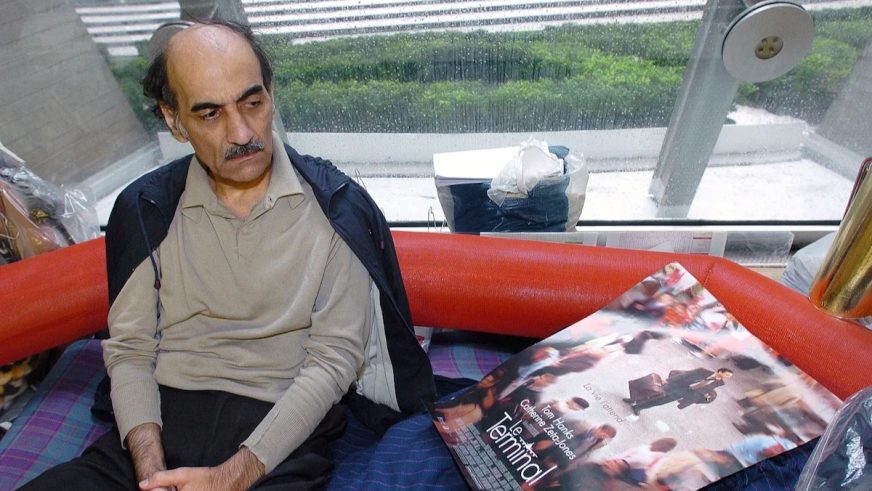 Mehran Karimi Nasseri, the Iranian man who lived at Paris Charles de Gaulle Airport from 1998 to 2006 and inspired the Steven Spielberg movie stationHe died at the age of 76 after suffering a heart attack in Terminal 2F of the airport on November 12.

according to CNNNasseri had recently returned to the site where he first gained notoriety as a refugee, spending 18 years in Terminal 1. He had been staying in the terminal since “mid-September, after his stay in a nursing home” and was pronounced dead by a medical team at the airport.

Nasseri was born in Suleiman, Iran in 1945. He traveled to study in England in 1974 and was promptly exiled from his homeland upon his return for “protesting against Shah Mohammad Reza Pahlavi’s regime”. New York times. He was stranded at Paris airport in August 1988 after allegedly losing his residency credentials while on the move to seek asylum. Despite removing the many legal obstacles that prevented his eventual release, Naseri eventually decided to stay of his own volition until he was hospitalized in July 2006.

“Sir Alfred,” as the airport staff called him, became a staple of the building and spent nearly two decades sleeping on a bench in a pocket of public space, reading magazines, writing his diaries, and smoking his pipe. His predicament eventually caught the attention of Spielberg, who purchased the rights to Nasseri’s life story for around $250,000. The result was 2004 stationwhich starred Tom Hanks as a European immigrant from the fictional country of Krakosia, who is stuck in limbo at New York’s JFK Airport after a nighttime coup that invalidates his travel papers.

Nasser’s notes, station mancoinciding with the release of the film in 2004.