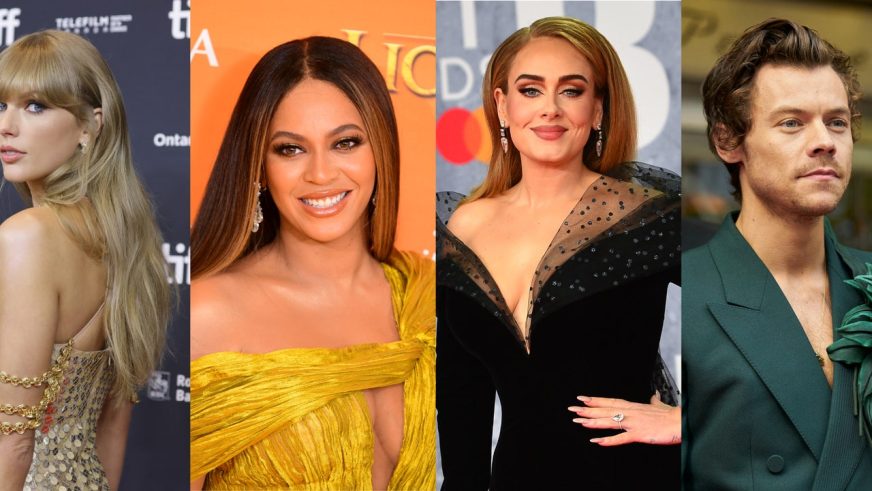 The 2023 Grammy Awards nominees are announced today. Among the nominees in the Song of the Year category is Taylor Swift’s “All Too Well (10 Minute Version)” (The Short Film), marking the first time one of her re-recorded songs has been nominated. Adele’s single “Easy on Me” goes head-to-head with Beyoncé’s “Break My Soul,” echoing previous years’ standoffs. Kendrick Lamar’s comeback song “The Heart Part 5” was also nominated, as were TikTok hits like Harry Styles’ “As It Was” and Jill’s “ABCDEFU” and Steve Lacy’s “Bad Habit.” Also included in the category were Lizzo’s “About Damn Time” and Bonnie Raitt’s “Just Like That”.
and DJ Khaled’s “God Did” (featuring Rick Ross, Lil Wayne, Jay-Z, John Legend, and Freddy). Check out the full list of Grammy nominees here.

Swift has now been nominated for Song of the Year six times, but has never won the award. Adele (now nominated four times) is looking to pick up her second title, having won Song of the Year in 2012 and 2017 for Rolling in the Deep and Hello, respectively. Beyoncé, whose “line-up” fell to “Hello” in 2017, is aiming for her first song of the year since 2010 when she won for “Single Ladies (Put a Ring on It).”

Song of the year