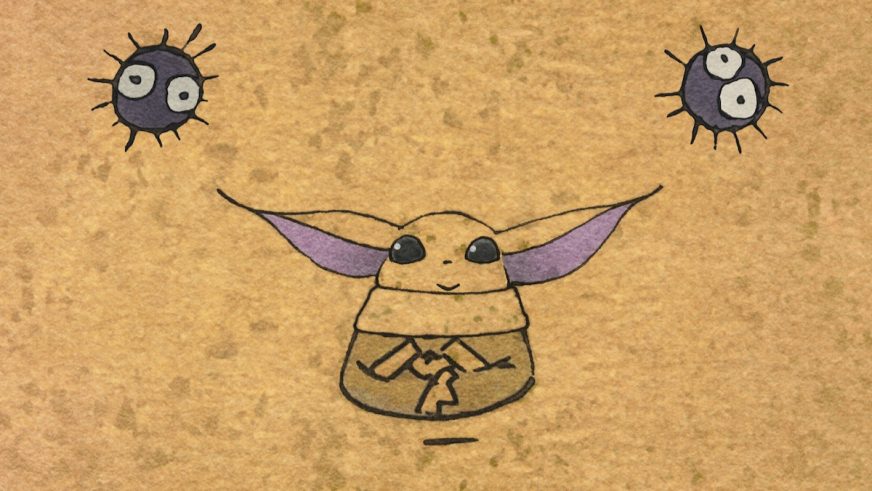 November 12 marks the third anniversary of Disney + and star Wars series mandalorian, And to celebrate, the broadcaster has enlisted iconic animation center Studio Ghibli to create a new short story inspired by the series called Zen – Grogu and Dust Bunnies.

Zen – Grogu and Dust Bunnies It was directed by Katsuya Kondo (Kiki’s delivery service, Ponyo) and music by Ludwig Göransson (The MandalorianAnd the creedAnd the Black Panther). The hand-drawn short is available to stream exclusively on Disney+.

Created by Jon Favreau, The Mandalorian It premiered on Disney+ in 2019 as the first live-action TV series on Disney+ star Wars franchise. Pedro Pascal plays the titular character, the overprotective hunter AKA Grogu, AKA Baby Yoda. The young character has become a favorite among more recent additions to star Wars The franchise — which inspires countless memes and merchandise — so it only makes sense that the acronym Grogu would come next. (One person, no doubt Not However, a fan of Grogu? Gremlins director Joe Dante, who said the character was “totally stolen” from his Gizmo character.)