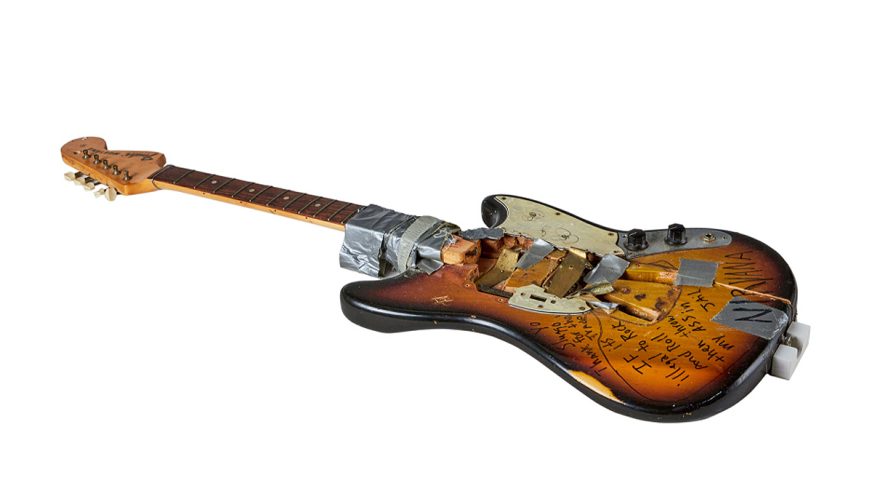 The 1973 Fender Mustang that Kurt Cobain crashed on stage during Nirvana’s first tour in 1989 has sold for nearly $500,000 at auction.

The winning bid of $486,400 surpassed the original estimate of $200,000, highlighting the weekend’s “Icons & Idols: Rock and Roll” auction hosted by Julien’s Auctions. The event was held in person at the Hard Rock Café in New York City and featured the reward of a one-of-a-kind rock souvenir.

Cobain’s smashed guitar stole the headlines after his final bid reached nearly half a million dollars. The Mustang was played in two shows on Nirvana’s first US tour in 1989: the July 8 party at Club Dreamerz in Chicago and the following night at Sonic Temple in Wilkinsburg, Pennsylvania—where Cobain smashed the instrument, as he often did at the end of Nirvana shows.

After the Wilkinsburg concert, Nirvana crashed with Boston band Hullabaloo’s Slugo Cowley. It was here that Cobain spied Sluggo’s similarly wrecked Gibson SG. Believing he could fix SG enough to crash it again, Cobain suggested a deal for his Mustang, an offer Sluggo wisely accepted. Kurt even sloppily carves the body of the guitar into a Sharpie: “Yo Sluggo, thanks for the trade! If rock and roll is illegal, throw the ASS into JAiL… NIRVANA.”

Cooley recalled from the get-together in a 2020 interview with innocent words [via Julien’s]: “Kurt asked me if he could get the wrecked Gibson SG that was hanging on my wall. I said sure, but now I wouldn’t have one for my wall. I’ll be right back,” replied Kurt. He went out to their truck and gave me a 1973 Fender Mustang which he deemed unfit To fix. In a pseudo-guitar hero cult, I asked him to sign it for me.”

Fender Mustang was previously shown at the Experience Music Project in Seattle between 2007 and 2008.

Below you can view close-ups of the guitar. 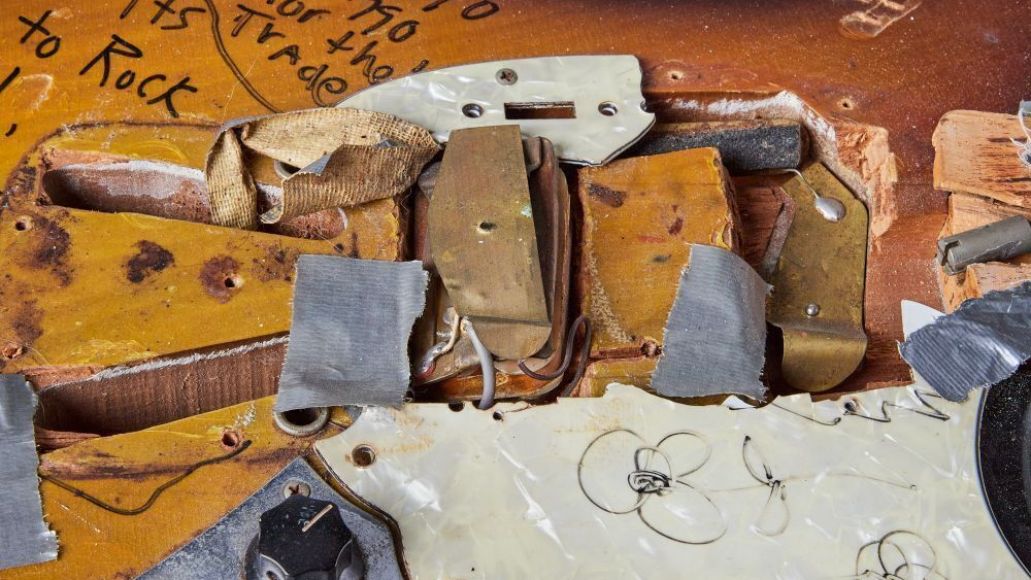