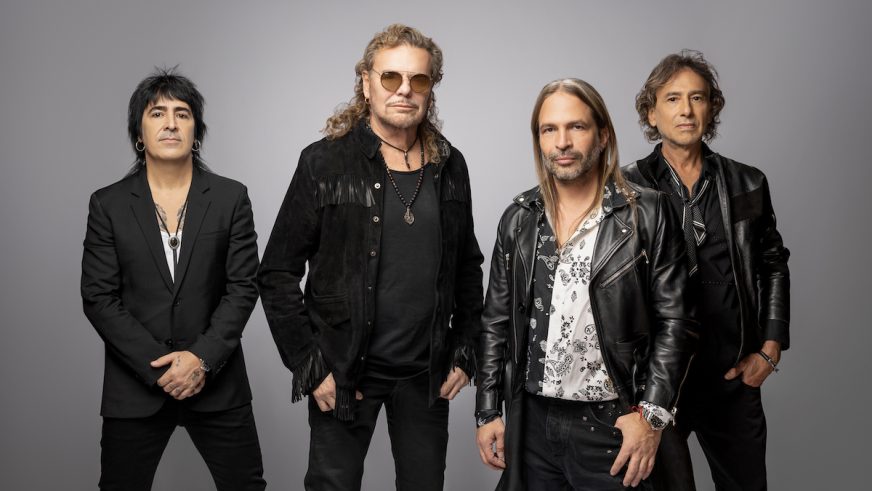 Team Manu has scheduled their “México Lindo Y Querido” tour for 2023. The Mexican rock legends first kicked off the journey in summer 2022 with an arena-filled Latin American leg.

“Get ready, we’re coming up with a brand new production and all of our songs,” the band shared in a statement. “We’re excited to get back on the road and see all of our fans back in the US. This isn’t just a concert tour, it’s a celebration of life.”

Get your tickets here, and read on for more details including pre-sale dates.

What is the next MANÁ tour?

The group “Oye Mi Amor” will complete their Los Angeles residency in 2023 with two more performances at the Kia Forum on February 10th and 11th. From there, MANÁ will officially resume the “México Lindo Y Querido” tour in San Jose, California on March 17th. The band hits Oakland on March 18 and Phoenix for two nights on March 24 and 25, then plays Texas twice between Houston and San Antonio. They headline two shows in Miami on April 14th and 15th, then travel north to Washington, D.C. on April 21st.

MANÁ will headline New York’s UBS Arena on April 22nd and then headline Chicago United Center for two shows on April 28th and 29th. The tour heads south to Atlanta on May 5th and Greensboro, North Carolina, on May 6th. Later in 2023, the group will reunite in Las Vegas on September 17th and close their North American tour in Sacramento on September 23rd.

Who will open for MANÁ on tour?

There are no confirmations regarding potential MANÁ openers, special guests or supporting acts, but the band has maintained its knack for surprising; Their recent residency in Los Angeles featured an unexpected appearance from Joe Walsh of The Eagles.

MANÁ tickets for their 2023 tour “México Lindo Y Querido” will be available to the general public on Friday, November 18th at 10:00am local time. The Live Nation pre-sale will drop one day earlier on Thursday, November 17 (use access code HEADLINE).

Get your seats via Ticketmaster.

See MANÁ’s full list of tour dates below, and get tickets to all of their upcoming concerts here.