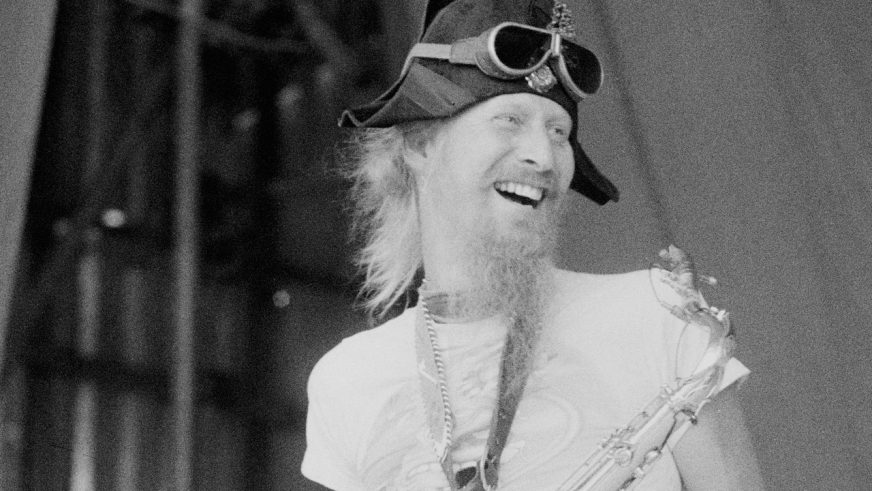 Nick Turner, co-founder and multi-instrumentalist of British space rock band Hawkwind, has passed away. A spokesman for the musician had announced his death on Facebook earlier today (November 11), indicating that memorial arrangements were still being prepared. “We are deeply saddened to announce the passing of Nick Turner, the Great Thunder Rider, who passed away peacefully at his home Thursday evening,” the statement said. “He has moved on to the next stage of his cosmic journey, guided by the love of his family, friends and fans.” He was 82 years old.

Nicholas Robert Turner was born on August 26, 1940 in Oxford. The Turner family moved to Margate Town, Kent when Nick was thirteen, where he was first exposed to rock music. After a short stint in the merchant navy, he set out to travel around Europe, taking menial jobs to fund his interest in music. Turner studied saxophone in his early twenties, but never thought of performing free jazz until after his travels brought him to Berlin. “[These free jazz musicians] Convince me that you don’t need to be technical to express yourself” mojo in 1999. “I decided what I wanted to do was play free jazz in a rock band. What I was trying to do in Hawkwind, basically.”

Turner was an old friend of Dave Brooke, and soon after Brooke met Mick Slattery, John Harrison, and Terry Ulysses to form Hawkwind, Turner offered to work as a route for the band he eventually joined. His abilities as an oboeist and saxophonist led to his increasing involvement with the band, and he co-wrote songs such as “Brainstorm” and “Master of the Universe”. In 1976, Turner was fired from the band, eventually returning to the group in 1982 before leaving again two years later. His time with Hawkwind overlapped significantly with that of Ian “Lemmy” Kilmister, who joined the band in 1971 before leaving to form Motörhead four years later.

Upon first leaving the group, Turner traveled to Egypt, where he was inspired to record Flute Music Inside the Pyramids. The recordings became the basis of Sphynx, a new project featuring Alan Powell, Mike Howlett, Tim Blake and Harry Williamson. The band released their first album, xitintodayin 1978. Turner has recorded music under other labels including Inner City Unit, Nik Turner’s Fantastic All Stars, and Space Ritual, the latter of which released their second album, Another worldin 2007.

“I have a very casual attitude to all of this — to me, it’s entertainment,” he told Quietus in 2013. But entertainment with an agenda, really. To spread joy, love and that kind of thing. I mean, I’m worried about being downright hippie, but peace and love aren’t fashionable sentiments in some quarters and I think they should be.”