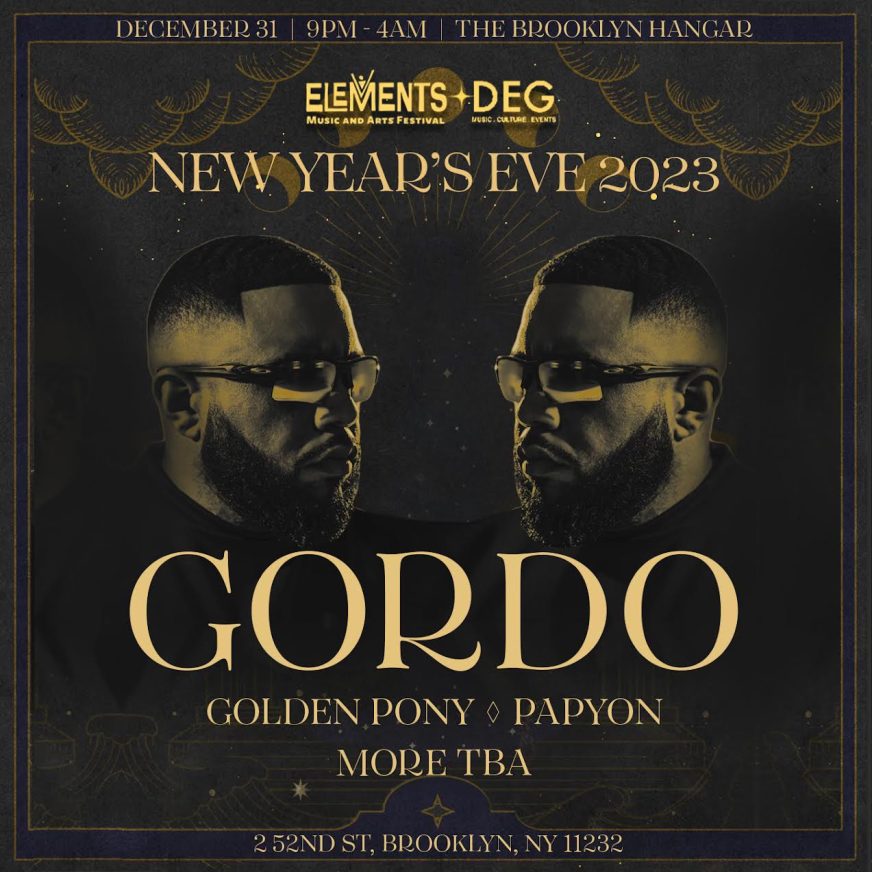 GORDO, who was recently crowned the world’s highest-ranking Hispanic performer by DJMag, was recently announced as the headliner of the Brooklyn Hangar on New Year’s Eve in New York City. The event is a collaboration between Elements Festival and DEG Presents. The evening will also include combinations of Golden Pony, Papyon, and more.

After a year of highlights, including being crowned No. 1 producer in Billboard’s Hot 100, by producing nearly half of Drake’s “Honestly Nevermind,” and selling out shows in Latin America and worldwide, the artist formerly known as Carnage, is set to come to an end. 2022 with a bang!

Find more and get your tickets here, this will definitely be the place to spend New Year’s Eve in New York City.